According to the Labor Department, 2021 has seen a record number of job openings. According to a recent article published by Reuters, “Job openings, a measure of labor demand, jumped 749,000 to 10.9 million on the last day of July, the highest level since the series began in December 2000. It was the fifth straight month that job openings, which have been increasing since January, hit a record high.” That’s good news for you since employers have to compete for employees with better pay and benefits.

Here’s a list of 14 awesome high-demand jobs that only require a short online course or certificate, along with a quick overview of what you can expect to make per year with each position.

UI/UX developers focus on how people interact with physical and digital products so that customers have a positive, effortless experience. You should look for certifications you can get in six to nine months.

The number of jobs for UI/UX developers looks to only be going up, as the number of positions is projected to rise 8% in the coming years. Springboard has a popular certification program, which guarantees you a job once your six- to nine-month training is complete.

As a programmer, you’ll write computer code that’s designed to solve problems and make systems work efficiently. Programmers can make a very comfortable living, especially if they learn more than one programming language.

Take this quiz to see which type of software development might be the best fit for you.

Project managers are there to make sure work gets done on time and on budget. Becoming a certified Project Manager Professional (PMP) involves taking certification courses like these on LinkedIn Learning, and passing a certification exam.

Demand for project managers is only expected to increase, with 8% more jobs expected to open in the next six years. Project Managers can easily make over $100k after a few years. Start your training now!

SEO specialists help companies to increase their visibility on search engines like Google so that they can appear earlier in search results lists. The number of SEO specialist positions is exploding, with the number of jobs expected to increase by 18% by 2029.There are a number of different certifications you can earn, with most of them designed to take less than 6 months to complete.

Take a look at this course from LinkedIn Learning, which covers all of the basics of how SEO works. If you’re looking to get into marketing, specializing in SEO is a great way to go.

Electricians help keep power flowing, both in homes and businesses—and that means there’s always work to be done.

With a projected growth rate of 8%, there will continue to be a need for electricians to enter the field. While every state is different, you can usually start work as an apprentice, taking classes part-time to earn your certification. Here are some certificate programs near you.

Most companies are endlessly looking for IT help, and that means opportunities abound, with job growth projected at 8% by 2029. Computer support specialists fill all kinds of roles, from IT and help desk support to network administration. They help to keep companies working round the clock.

In order to be certified, you’ll need to take some courses focused on business computing and pass a certification exam, which can usually be done in six months. LinkedIn Learning offers a thorough certification course—check it out!

As a graphic designer, you’ll have the opportunity to create visually cohesive and interesting designs for a wide range of settings, from computer applications to products you might find in the store. You can earn great pay creating graphics for websites, print advertisements, logos, or freelancing for a wide variety of clients.

With many training programs and graphic design courses from websites like Udemy, you should be able to earn your certification in less than a year.

As you develop your portfolio, you should find that you’ll be more and more competitive in the marketplace, and that can lead to a fulfilling, financially rewarding career. And with an unemployment rate below 3%, graphic designers enjoy stable careers, too!

A web designer is responsible for making websites both usable and attractive, which can be challenging and satisfying. And since companies are continually upgrading their web presence, jobs are expected to grow by 8%, which means that there will be plenty of opportunities.

Most web designer certificates can be earned in six to nine months. If you’re interested in learning more, consider enrolling in LinkedIn Learning’s Introduction to Web Design and Development course.

As a real estate agent, you can help homeowners find the perfect house or help a new business get off the ground. With the real estate market hotter than ever, you can expect there to be plenty of work, with an expected job growth rate of 2%.

Every state has their own certification requirements for real estate agents, but for the most part, you should be able to get your license within four to six months. Simply enroll in a training program, pass the licensing test, and choose a brokerage to work for, and you’ll be good to go!

Working on heaters and air conditioners, as well as refrigeration installation and repair, HVAC technicians are responsible for many of the conveniences we enjoy. The number of jobs available for HVAC technicians is expected to remain steady in the future at about 4% per year.

Depending on the program, you can become certified in HVAC technology in anywhere from 6 to 24 months. Check out this website to learn more about the different certification programs in your area.

There are more than 2 million truck drivers on the road, and companies continue to need more drivers, with job growth predicted to rise 2%. Shipping and delivery are becoming increasingly important, which means that you can expect those numbers to go up. While you’ll need a commercial driver’s license (CDL) to make that much, many companies will cover your training, which can take as little as seven weeks.

Medical billers and coders document medical services, then prepare invoices and insurance claims. They’re an important part of the medical system, which means you can expect job growth to continue at around 8% over the next ten years.  You can get the necessary skills for these jobs in as little as one year, although some programs may require a little more time. Once you’re done, though, you should have both job security and satisfaction!

Keeping accounts straight is the name of the game for bookkeepers. There’s a lot of detail that goes into bookkeeping. Most certification courses take about a year to fully complete. But you can take courses like LinkedIn Learning’s Quickbooks tutorial and get started working while you take classes.

With technology becoming a bigger part of these positions, tech-savvy bookkeepers should have no trouble finding work. Right now the unemployment rate for bookkeepers is at 5.4%–and it should continue to go down as the economy recovers from COVID-19.

Personal trainers help their customers to create physical exercise routines to help build muscle and improve flexibility and fitness. Some trainers work in gyms, while others prefer to work with clients in their own homes. 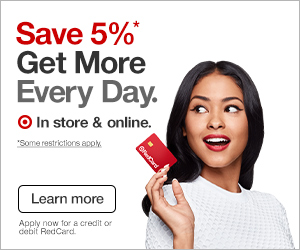