Over the past two weeks, at least 179 million people in 18 states, 31 counties and 13 cities have been urged to stay home by state and local governments. Several local governments have mandated that all non-essential businesses remain closed to slow the spread of the COVID-19 causing coronavirus. (Source: New York Times)

This has caused historic stock market downturns, layoffs, economic hardship and more unemployment benefit applications than the government has seen in recent history. 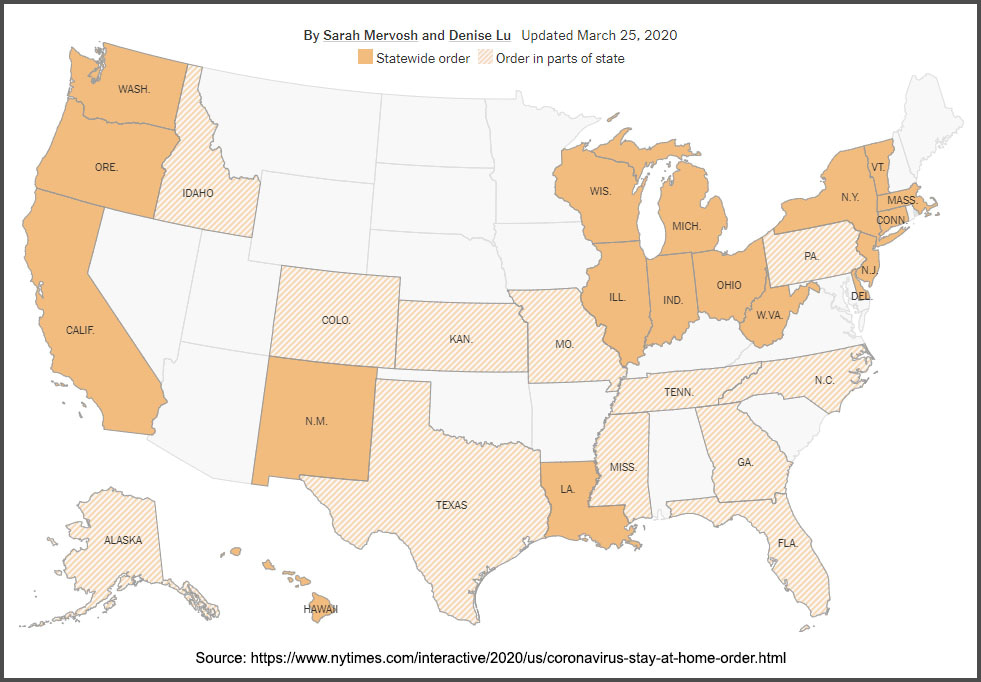 Estimates from the US Private Sector Job Quality Index, a project from Cornell University Law School and others, say that more than 37M in jobs in the U.S. are vulnerable to layoffs in the short-term.

Gig workers may face bigger challenges than others.  Rideshare companies like Uber and Lyft are still operating, as transportation is considered an essential service allowed under most shelter-in-place orders, but demand is down and having multiple people in your car throughout a shift defies CDC recommendations on social distancing [LINK].  Being independent contractors means that most gig economy workers are ineligible for unemployment benefits. Not working means not being paid, and many gig economy workers are taking the risk in order to put food on the table.

This chart shows which industries will likely be hardest hit by short-term layoffs, and how many of those are considered low-wage. (Source: Vox)

What's in the stimulus bill for gig economy workers?

As part of the $2 trillion bipartisan deal Senate leaders and the White House struck early Wednesday, unemployment benefits will be extended to several groups that were previously not elegible for such benefits, including gig economy workers, per a statement from Senate Minority Leader Chuck Schumer.

Although the goal of this stimulus is to aid the economic recovery of those hit hardest by the pandemic, thus boosting the overall economy, this could have long term implications on the legal status of gig economy workers.

Per Schumer’s letter to Democratic senators, unemployment benefits would extend to four months, including for those who have non-traditional employment like freelancers and gig economy workers. The extended and expanded Unemployment Insurance program in the stimulus agreement increases the maximum unemployment benefit amount by $600 per week above one’s base unemployment compensation benefit and ensures that workers who are laid-off or out of work, on average, will receive their full pay for four months. The amount of the benefits paid to gig economy workers has not yet been laid out.

How do I apply for benefits?

The details haven’t yet been laid out, but it wouldn’t be a bad idea to get your finances together in case you need to prove how much you had been earning before the pandemic.

A few items that it would be good to have available might include:

If you’re not already using it, the Hurdlr app can automatically track your income and expenses from rideshare, delivery and several other types of independent contractor work.  Now, more than ever, is a good time to start keeping accurate records of your earnings.

We will update this article as more details of the stimulus package, and how it affects rideshare drivers and gig economy workers, as they are released.

Sign up for our newsletter to be kept up to date on new developments.