Big win for Uber and Lyft this Election Day.

On election day, California voters passed Proposition 22, the most expensive ballot-measure campaign in the state’s history.  This measure, known as Prop. 22, cements the business models of transportation and food delivery apps, or the gig economy.  This measure passing will ultimately provide some benefits to gig workers without forcing gig companies (i.e. Uber, Lyft, DoorDash) to alter their business models drastically.

Gig companies were the primary target of a new law that would have required gig workers to be considered employees.  These companies fought heavily with state and city attorneys over whether they should have to comply with new regulations regarding their workers.  Their efforts proved successful on election day when roughly 55% of voters voted in favor of Prop. 22.  There was heavy influence from Silicon Valley’s most powerful tech companies, including Uber, Lyft, DoorDash, and Instacart, who spent over $200 million in their efforts to gain support.

What does this mean for gig companies?

If this measure had failed, rideshare companies would have to abide by the new state law and treat gig workers as employees.  As employees, the workers would be entitled to costly benefits like unemployment, health insurance, and paid sick leave.  This was in response to mounting legal pressures to classify the growing gig workforce as contractors rather than employees.  Overall, most gig workers feel that the independent contractor model is best, though.

Since January, California state law has required former contract workers in many industries to be classified as employees.  Employers have had to offer benefits such as overtime pay, health care, paid sick leave, unemployment insurance and workers’ compensation.  In August, a Superior Court Judge ruled that Uber and Lyft must immediately switch to treating drivers as employees.  This decision prompted the apps to threaten “hundreds of thousands” of job cuts, as well as the suspension of operations in California, until voters decided the fate of Prop. 22 on Election Day.  Fortunately an appellate court ruling averted a shutdown of Uber and Lyft.  Now that Prop. 22 has passed, both the workers and consumers of the gig economy can rest easy.

What does it mean for drivers?

Companies that employ drivers through apps — Lyft, Uber, DoorDash, etc. — will keep workers classified as contractors and be able to offer narrower benefits.  As Prop. 22 goes into effect in December, the law will require:

This a big victory for the gig economy, though it’s a setback for labor unions.  Supporters of the measure claimed that Prop. 22 is a necessity for gig companies to continue offering drivers work on flexible schedules and low prices for consumers.  Had the measure failed, Uber predicted that up to 76% of its 209,000 California drivers could be cut in order to comply with stricter laws.  They also predicted that rider prices would increase between 25-111% across the state, possibly resulting in a plethora of issues, such as a higher risk of drunk driving.  There would also be less opportunity for rideshare drivers to make a living.  Thankfully, that’s off the table for now.  Under the law, gig economy companies cannot restrict drivers from working for other services nor mandate certain rides be picked up, which preserves the flexibility and independence of traditional gig economy jobs.

What some have said...

“At a broad scale, this is a win-win-win for drivers, the California economy and for the business,” John Zimmer, co-founder and president of Lyft, said in an interview.  “It’s really a turning point for the future of work, where you can have flexible work and benefits.”

Opponents to the measure claim that Prop. 22’s passage was a huge loss for workers.  Had the ballot measure failed, gig workers in California would have been classified as employees per Assembly Bill 5, with all the additional benefits that come with that status.

“Instead of paying their drivers, gig corporations forged a deceptive $204-million campaign to change the rules for themselves and provide their workers with less than our state laws require,” Assemblywoman Lorena Gonzalez (D-San Diego), who wrote AB 5 and opposed Proposition 22, said in a statement.

What are the cons?

The minimum wage protection narrowly applies to “engaged time,” meaning the time a driver is on a trip with a passenger or en route to pick up a passenger. Under this stipulation, some studies have estimated drivers could be legally allowed to make as little as $5.64 per hour, after you subtract out work time not with a passenger and other business expenses.

In the future, gig workers will no longer be able to seek restitution for wage theft against the companies with meaningful results since they would largely be solved through private arbitration.

Opponents also say language in the measure would erode the power of local governments to secure additional worker protections, such as targeted minimum wage protections for ride-hailing drivers, as has been done in cities such as New York and Seattle.

Finally, under the classification of ‘independent contractors,’ gig workers will have a more difficult time to leverage collective power and have their voices heard because they are barred from formally unionizing.

Additionally, environmental advocates worry the independent contractor status of workers means companies will be able to cut around responsibility for environmental regulations, passing this burden on to drivers instead.  For example, the California Air Resources Board has proposed 60% of the miles drive on ride-hailing rips should come from electric cars by 2030.  Under Proposition 22, it will probably fall on individual drivers to convert their vehicles to electric.

The newly passed law goes into effect until December 2020.  However, the gig companies that bankrolled Proposition 22 with a record-setting $204 million didn’t provide much clarity to workers about how their roles may shift or what new features they’ll see once the new law takes effect.

Lyft, for example, sent a blog post to drivers saying they would probably roll out benefits outlined in the measure immediately when the law goes into effect.  Uber introduced features that gave drivers more control in recent months, such as the ability for drivers to set their own rates.  They said they had been primarily focused on getting the ballot measure passed and did not have an immediate answer for whether those features would be rolled back or what would happen with pending labor litigation.

For customers, the companies have indicated that much will remain the same.

“Passage of Prop. 22 means more than a million Californians will be able to keep driving with Lyft and other rideshare and delivery platforms, and millions more will continue to have access to reliable, affordable transportation services while the nation continues to struggle with COVID-19,” Lyft spokesman CJ Macklin said in a statement.

Many drivers supported the measure and were relieved to hear voters had approved it.  It is unclear exactly what the gig economy landscape will look like come the newly passed law’s integration, but the general consensus of the gig drivers and consumers is that the decision is beneficial.

Allison has a B.A. in Strategic Communications with focus in Public Relations. She is an experienced content writer and teaches yoga. 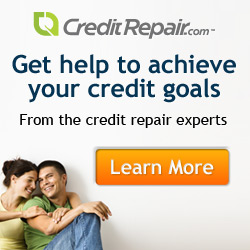