On Friday, a California judge ruled that Proposition 22, a ballot measure approved in November that allowed rideshare companies like Uber and Lyft to treat gig workers as independent contractors, rather than employees, was unconstitutional.

Companies like Uber, Lyft and Doordash spent over $200M campaigning for the measure. Labor groups, including the Service Employees International Union (SEIU), opposed it.

California Superior Court Judge Frank Roesch ruled Friday that the law illegally “limits the power of a future legislature to define app-based drivers as workers subject to workers’ compensation law,” also saying that “The entirety of Proposition 22 is unenforceable.” He also ruled that it was unconstitutional that the law required any future amendments to have a seven-eighths vote of approval to pass the legislature, which would not otherwise be required.

Proposition 22 exempts gig employers from providing benefits and protections that those traditionally classified as employees would enjoy, but does require that they offer healthcare subsidies and minimum hourly earnings.

“A prohibition on legislation authorizing collective bargaining by app-based drivers does not promote the right to work as an independent contractor, nor does it protect work flexibility, nor does it provide minimum workplace safety and pay standards for those workers,” Roesch wrote in his ruling. “It appears only to protect the economic interest of the network companies in having a divided, ununionized workforce, which is not a stated goal of the legislation.”

Part of the measure required future laws in California concerning collective bargaining to comply with Prop 22, which was of particular concern to Judge Roesch: “It appears only to protect the economic interest of the network companies in having a divided, ununionized workforce, which is not a stated goal of the legislation,” he wrote.

Bob Schoonover, president of SEIU California State Council praised the judge’s ruling in a statement to The Verge.

“The gig industry-funded ballot initiative was unconstitutional and is therefore unenforceable. Companies like Uber and Lyft spent $225 million in an effort to take away rights from workers in a way that violates California’s Constitution,” Schoonover wrote. “They tried to boost their profits by undermining democracy and the state constitution. For two years, drivers have been saying that democracy cannot be bought. And today’s decision shows they were right.”

Uber said Friday’s ruling “defies both logic and the law,” and vowed to appeal. “We will appeal and we expect to win,” an Uber spokesperson told CNN.

It appears that the law will remain in effect until the appeals process has made its way through the courts. For now, the only thing we know is that the battle between proponents of the bill and the bill’s critics isn’t over.

Make your voice heard in the comments below. 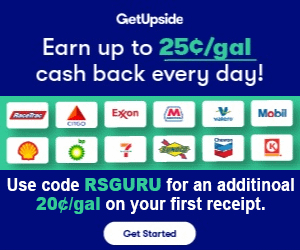