What do we know about the way COVID-19 spreads in a vehicle? Whether we are the driver or a passenger, can we do anything in addition to wearing a mask and sanitizing to help protect ourselves and others? A new study from Brown University helps us understand the risk of transmission of viruses in passenger vehicles and what we can do to potentially lower our risk. Uber and Lyft drivers often wonder how the COVID-19 virus spreads in passenger vehicles. Having multiple people from different households in the same vehicle creates a higher-risk situation for all types of airborne pathogens; airborne pathogens are germs that travel through the air and spread many illnesses, including COVID-19.

The study was created with ridesharing services in mind; therefore, the results can help both drivers and passengers be as safe as possible in a confined space. The research team at Brown University performed tests using a simulation of a driver and a passenger seated in the back seat on the opposite side of the driver. The distance between the driver and the passenger is less than the 6 feet that are recommended by the CDC (Center for Disease Control); it is actually just under 5 feet. By placing the driver and the passenger in these positions, the researchers maximized the physical distance between the people in the simulation so that both the driver and passenger can lower their risk of becoming ill from various airborne illnesses, including COVID-19. Next they looked at airflow within the car.

What is airflow? Airflow is the route that air takes while it is moving. Air is always moving, whether or not we are aware of it. Brown University conducted this study using a 5-passenger car. They began by evaluating airflow within the car when using the car’s ventilation system—heating or air-conditioning—with all four windows closed. Next, by opening or closing select windows, they created several different airflow patterns. Each of these created patterns was studied to determine which pattern could help lower the number of airborne germs shared between the driver and the passenger. Before this study, little was known about the complex microclimate within a car. “This is the first time anyone has looked at [vehicle] airflow patterns in detail,” says Kenny Breuer, a professor of engineering at Brown University and one of the senior authors of the research (Mathai, 2020). The findings of this research involving airflow in vehicles helps drivers and passengers understand what precautions to take while driving for, or using, ridesharing services.

While there is no way to completely eliminate the risk of cross-contamination between the driver and a passenger in the same car, the study’s findings can help drivers take the best safety precautions possible. Asimanshu Das, a graduate student in Brown’s School of Engineering and co-lead author of the research determined that “driving around with the windows up and the air conditioning or heat on is definitely the worst scenario, according to our computer simulations.”

There is one combination that seems to do the best job optimizing airflow in a vehicle. Breuer noted that “when the windows opposite the occupants are open, you get a flow that enters the car behind the driver, sweeps across the cabin behind the passenger and then goes out the passenger-side front window.” He states, “That pattern helps to reduce cross-contamination between the driver and passenger” (Mathai, 2020).

Though it might be our first instinct to open the window next to us, the research may suggest that this is not the best combination for optimizing airflow. Rather, it may be best to open the windows on the opposite sides of the driver and passenger while seated diagonally. “Opening the car window closest to you isn’t always the best option to protect yourself from coronavirus or any airborne infection,” said Varghese Mathai, one of the researchers. “One might imagine that people instinctively open windows right beside them while riding with a co-passenger during the pandemic. That may not be optimal—though it’s better than opening no window.” noted Mathai in a news release on EurekAlert!.

What does this mean for Uber and Lyft drivers?

The research shows that the worst airflow patterns for the spread of airborne particles occur when all of the windows are up and the car’s air conditioning or heat is on. Having your window open is better than nothing, but it seems that having the windows across from where each passenger is seated creates the best airflow possible. For example, the driver sits in the front left side of the car, and the passenger should sit diagonally in the back right side of the car. The front right window and the back left window should be opened to minimize exposure to germs for both people. 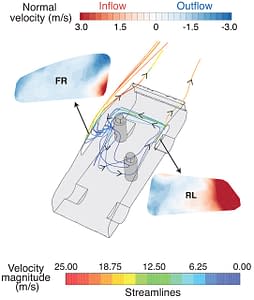 How to Keep Yourself Safe as a Driver

Both Uber and Lyft have implemented mask requirements for both drivers and riders and some ridesharing services are currently paused. The research team made it clear that mask-wearing is still important and that optimizing the airflow inside of the vehicle is NO substitution to wearing masks and regularly sanitizing surfaces. In addition to mask-wearing, this study may help Uber and Lyft drivers to carry out their job in the safest way possible. The conclusion? Mathai says, “While these measures are no substitute for wearing a mask while inside the car, they can help reduce the pathogen load inside the very confined space of a car cabin” (Mathai,2020)

Even a high-quality mask will be less effective if worn longer than the mask’s manufacturer intended. Make sure you have sufficient masks as a driver. We found some of the best prices from this supplier.

Another popular safety precaution many drivers are taking is installing plastic dividers to protect themselves from droplets. See our guide to the Best Car Partitions for Uber & Lyft Drivers.

Madison Toth is a freelance writer that has experience doing delivery, rideshare and other gig economy work. 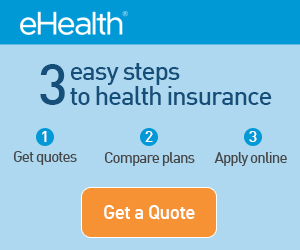